Sh. Nur Ahmad was born and grew up in Bangladesh. He attended ‘Jamia Madania Angura Muhammadpur’ in Sylhet, Bangladesh for higher Islamic education. He completed the full Kutub Sitta (The six major hadith books). His Sanad of hadith reaches to Prophet Muhammad pbuh through the chain of Imam Al-Bukhari. He received his highest level of Arabic and Islamic educational degree from ‘Deeni Board of Education’ Bangladesh. Sh. Nur joined the faculty of the Jamia Madania Angura Muhammadpur, where he took his last Takmeel Degree, which is equivalent to a Masters Degree in Islamic Studies and Arabic. 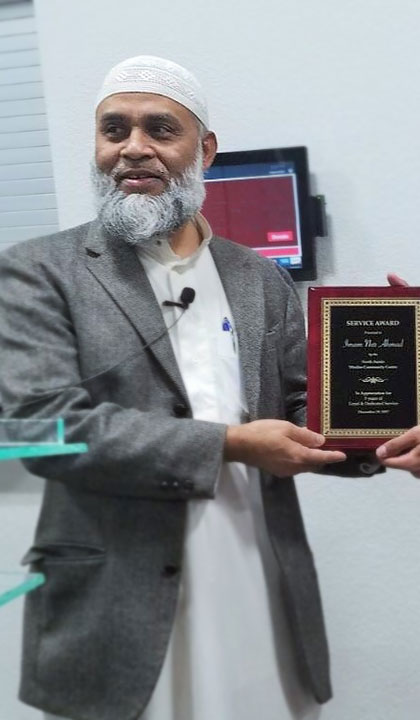 Begin typing your search above and press return to search.

You can choose the color for yourself in the theme settings, сolors are shown for an example.